“We want our country back”

Protests against dictator Lukashenko continue unabated in Belarus – for over a hundred days now. Repression by the regime continues to increase. How do young people working for democratic change experience the situation? IJAB spoke to Marharyta Vorykhava of the European Youth Parliament and member of the board of RADA, the association of independent youth organisations in Belarus.

ijab.de: Marharyta, you are involved in the European Youth Parliament in Belarus. What are you doing there?

Marharyta Vorykhava: I am a “safe person” there. That means that all who have problems can come to me. I then try to support them psychologically. I am also on the board of RADA, the association of independent youth organisations in Belarus. I am their new board member.

ijab.de: What is the situation in Minsk?

Marharyta Vorykhava: Things appear differently for different people. For someone it is easier to pretend that nothing is happening. For some people it’s now a morning routine to check the news – they live in a constant fear of finding their friends in the lists of detained. 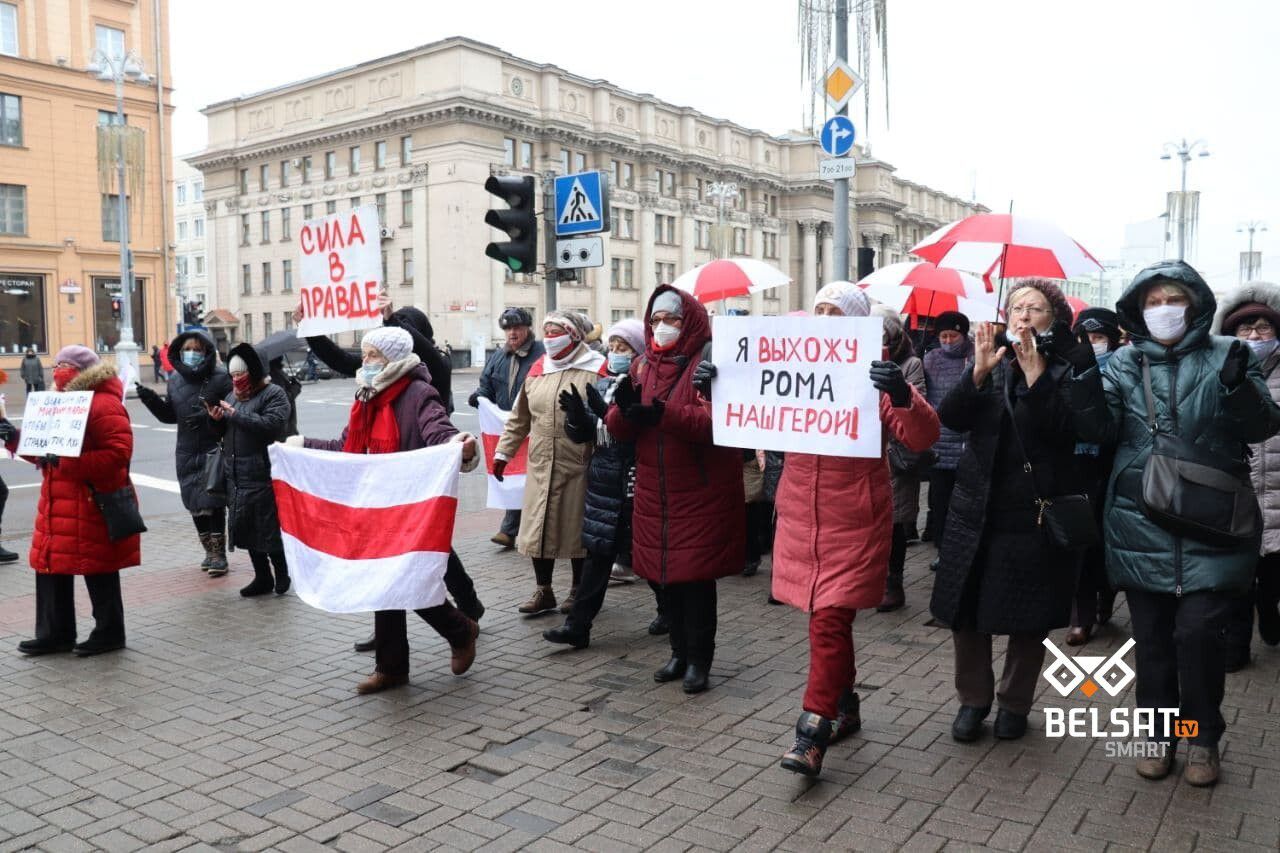 ijab.de: Quite a lot happens. The protests have been going on for over a hundred days now. Does that surprise you?

Marharyta Vorykhava: Frankly, yes. Yesterday was actually the hundredth day of protests. That protests last so long is very unusual for Belarus. There have been protests in the past, but they always ended after a few days or weeks.

ijab.de: My impression is that repression has increased. What is your observation?

Marharyta Vorykhava: Yes, I perceive that as well. Last Sunday, for example, about 1,100 people were arrested. Never before have there been so many in a single day. Representatives of the Coordination Council, which represents the opposition, were also arrested. Many students have also been arrested and the brutality with which the police forces are acting has increased.

ijab.de: Have you been affected by this too?

Marharyta Vorykhava: Mentally yes, physically no. So far I have been lucky and I have managed to avoid getting caught at all the demonstrations.

ijab.de: On Sunday, Roman Bondarenko was remembered on a protest in his honor. He was beaten into a coma by police officers and then died in hospital. You were there. How was that?

Marharyta Vorykhava: It was frightening. I had the impression that at some point there were more police officers than demonstrators. They started to surround us. First, a police officer said that he did not want violence and that we should come to the police headquarters to have our personal details recorded. However, seconds later a girl was beaten and started screaming. Then they started arresting and deporting people. I was lucky and got away. After that the policemen destroyed the memorial people created: the flowers, the candles, the flags. That was inhumane.

ijab.de: Do you still have the same scale of protests? On many Sundays hundred thousand of people or even more demonstrated in Minsk alone. And what are the general perspectives?

Marharyta Vorykhava: The protest potential of the Belarusians is very large, it has not been exhausted, it continues. And it takes on new forms. I mean that now it’s not just on the streets – regional structures of civil society have already been created: in yards, in microdistricts, a huge number of Internet chats have appeared. What we also see: Lukashenko has changed his rhetoric. Before, he didn’t want to hear about giving up power, now he’s talking about transferring some of the power of the President to the Parliament. He admits that protests are not “blowing away” – they are constantly happening. Belarusians want to be heard.

ijab.de: Does the Corona pandemic still play a role? The infection figures are also rising in Belarus. And the epidemic also had an impact on the elections, because the official figures were obviously too low and Lukashenko stubbornly denied the problem.

Marharyta Vorykhava: Before the elections, Corona certainly had an impact on public opinion. Now we are in a different situation. Of course, the rising number of infections means that demonstrators are now consistently wearing masks and using disinfectants.

ijab.de: Let us talk about young people. What is their situation at the moment?

Marharyta Vorykhava: Many students have been fired from the university. Those who were seen at protests or filmed by surveillance cameras must expect to be fired. Some of my friends are affected by this. But we are no longer afraid. We now care about our country and not about our education.

ijab.de: During the protests in Ukraine – in 2013 and 2014 – the country’s ties to the EU played a major role. This is obviously not the case in Belarus. In which direction are you looking? To the West or to the East?

Marharyta Vorykhava: I wouldn’t say protests are about choosing the direction. At the moment it might not be the right time to join the EU. We need democracy as a tool, but we also need our independence. The most important thing is that power is in the hands of the people. Of course we are grateful for the support of countries like Poland, Lithuania or Germany. It is important for us to feel this solidarity. But in the end we just want our country back.

Together we can do more!

17 / Nov.
Students in Belarus stand up against repression

Freedom of speech is fundamental in a democratic society. The alarming situation in Belarus is a reminder to stand up for this right, writes two IMS student interns in a blog.

Human Library - member of the RADA.