Marfa Ryabkova is a friend of the “Vesna” Human Rights Center, coordinator of the organization’s Volunteer Service, and is also a member of the “Academy of the First 2020”. 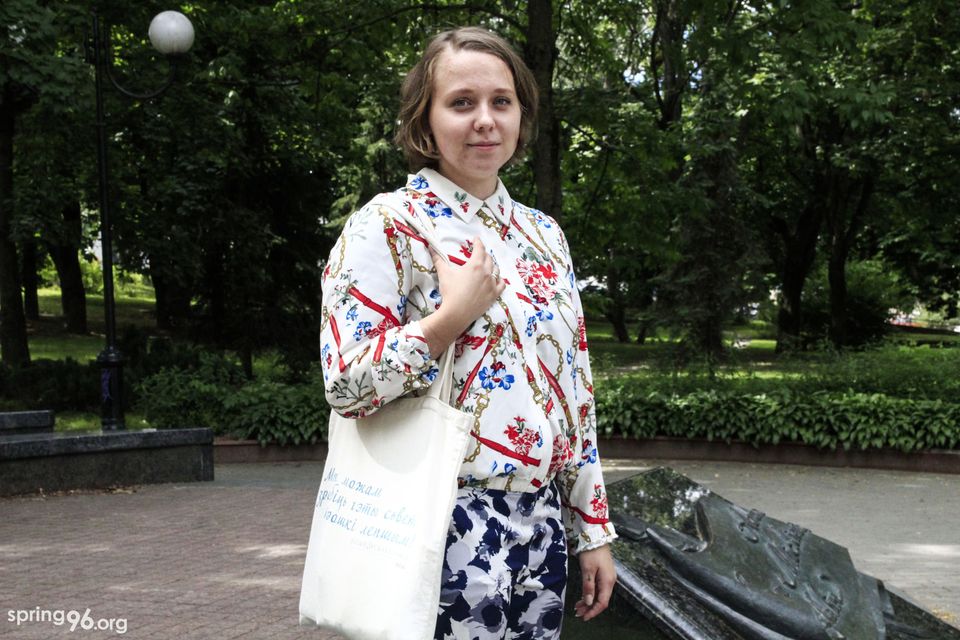 On September 17th in Minsk, Marfa, together with her husband, Vadim Jeromsky, was detained by officers of the State Security Service. Vadim Zheromsky was later released.

The apartments where they lived were searched, the equipment removed, personal money and belongings.

When Ryabkova was detained, she was reported to have been detained in a criminal case under part 3 of Art.  293 Criminal Code (training or other preparation for participation in riots, or financing of such activities).

Marfa Ryabkova was placed in a temporary detention facility in Okrestin (prison).  The criminal case against her is being handled by the Investigation Department of the Minsk Committee.

Friends of the Human Rights Center “Viasna” oppose the undisguised persecution and harassment of friendly human rights organizations. You can read about the statement of “Viasna” at the following link.

The Belarusian National Youth Council “RADA” expresses its solidarity with the Human Rights Center “Spring” and Marfa! We consider it inadmissible to prosecute Marfa Ryabkova in connection with her human rights activities. We regard the arrest as a campaign of intimidation and pressure on human rights activists.

We demand from the authorities of the Republic of Belarus:

"RADA" stand in solidarity with Dasha, all our member of members organizations!!!

16 / Sep.
How Uladzimer Bulauski was tried?