How Uladzimer Bulauski was tried?

Today, in the Сourt of Oktyabrsky district of Vitebsk (regional city), the member of the Board of RADA and the activist Uladzimer Bulauski was being tried. 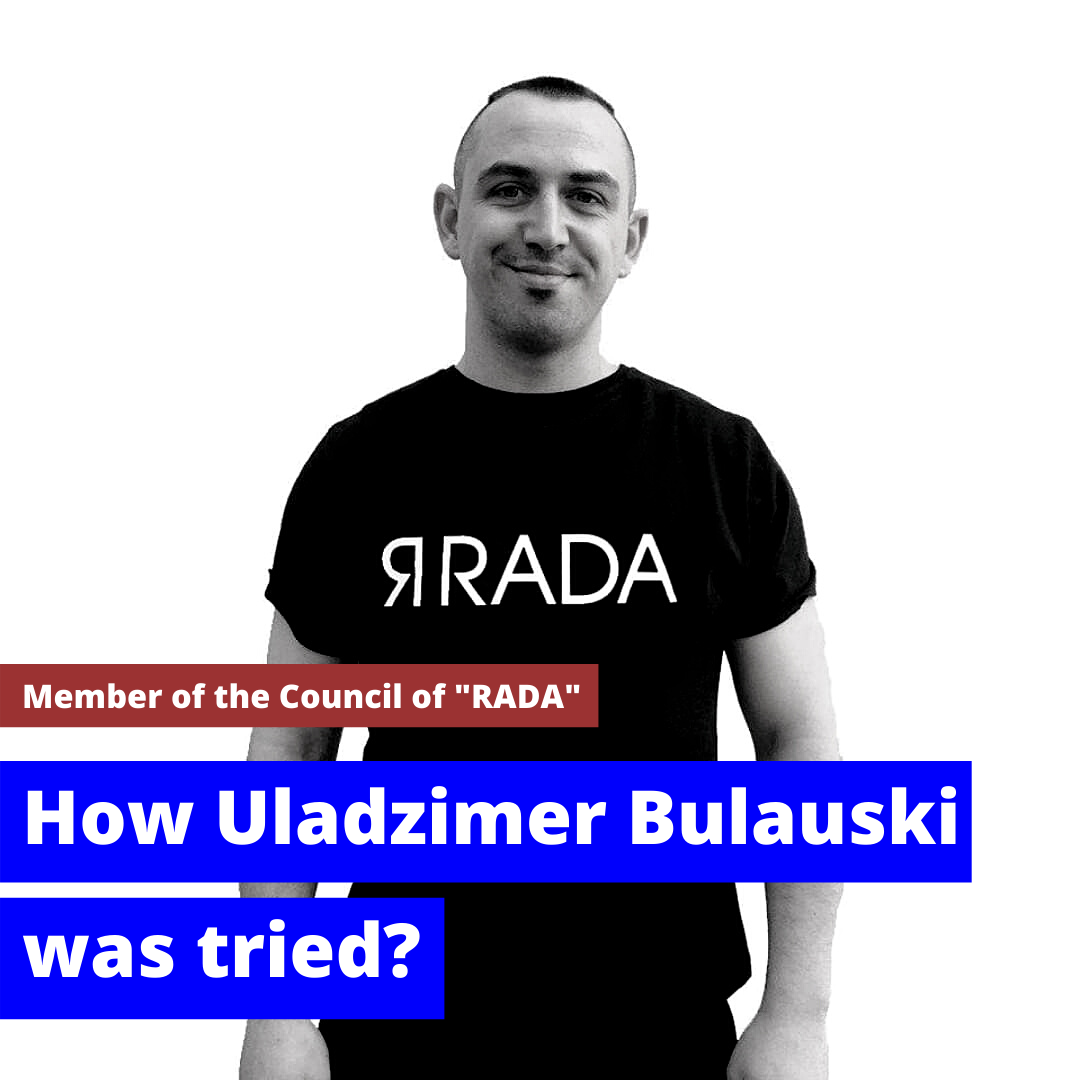 He was detained on September 11. Two protocols of part 1 of article 23.34 of the Administrative Code of the Republic of Belarus (participation in a mass unauthorized event) for his participation in peaceful marches on August 10 and 21 in Vitebsk were compiled on Uladzimer.

Uladzimer was arrested and sentenced – 8 days. As his colleagues noted, conditions in the temporary detention isolator in Vitebsk were very difficult.

On September 17 another trial against Uladzimer will take place, according to the article 17.1 of the Code of Administrative Offences of the Republic of Belarus (“petty hooliganism”). At the moment we do not know what he is accused of.

11 / Jun.
10 years of the Coalition of Strategic Partners

The Coalition of Strategic Partners gathered in Minsk on June 9-10th.

26 / Nov.
ESU stands in solidarity with Belarusian students and calls for the end of suppresions!

MINSK - The student movement in Belarus is being violently repressed while protesting against the introduction of complementary fees at universities. The European Students’ Union (ESU) stands in solidarity with the Belarusian students, in strongly condemning the violations of academic freedom, and urges the universities to stop all forms of repressions on students.