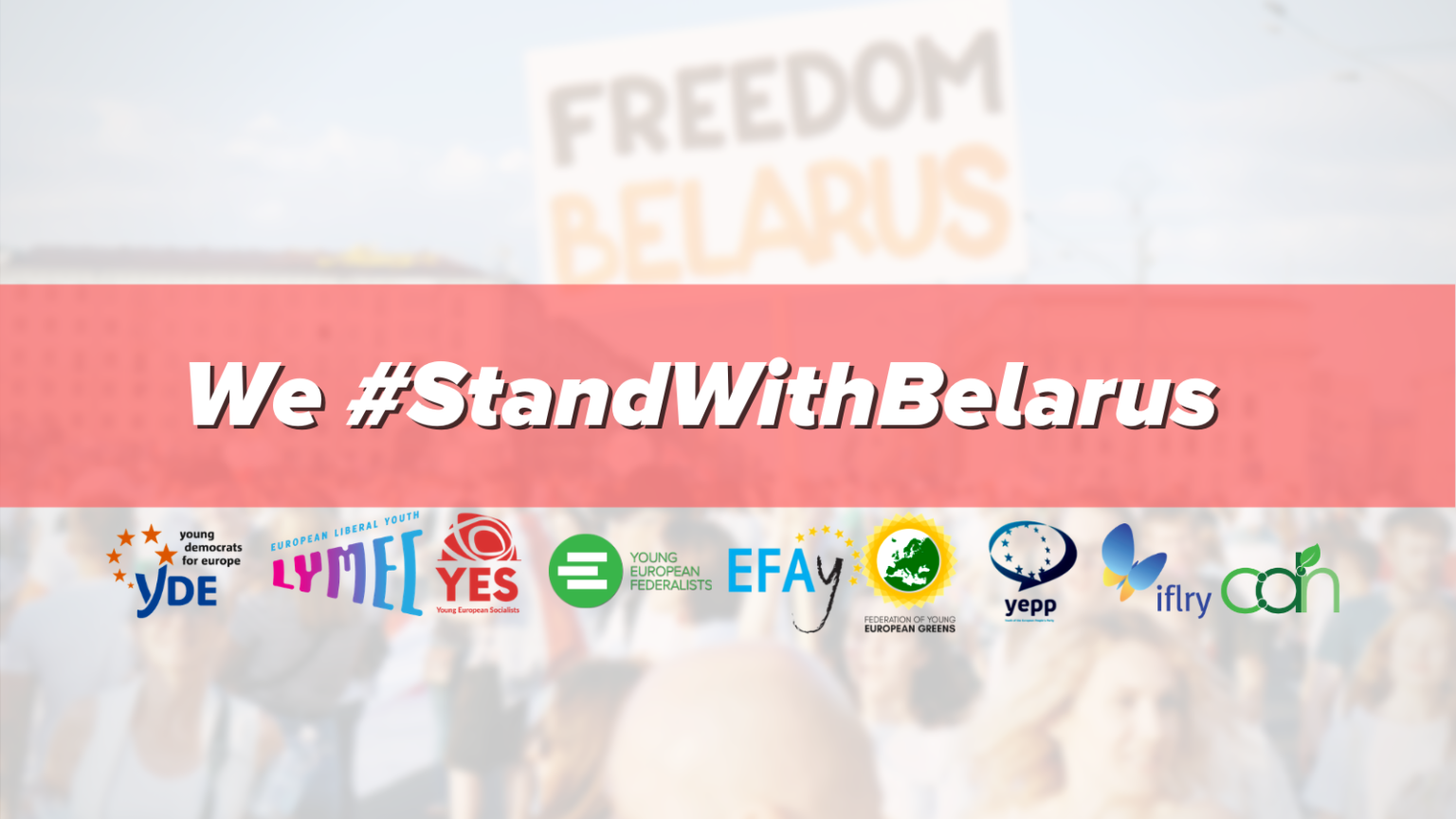 While the media attention may have waned, the courage of Belarusians fighting for freedom and democracy has not. The fraudulent presidential elections of 9th August 2020 and the ensuing political violence united the Belarusian people against dictator Alyaksandr Lukashenka. The weekly demonstrations attended by hundreds of thousands peaceful participants and journalists have been met with unprecedented brutality and over 30,000 detentions on political grounds to date. Some of the detained have been imprisoned following farcical trials and more than 220 people are currently held as political prisoners, facing systematic torture and the deprivation of their basic human rights.

Sviatlana Tsikhanouskaya, leader of the democratic opposition in the country, has proclaimed 7th February 2021 the Day of Solidarity with Belarus. Answering her call, we invite our members and everyone interested to send hand-written letters to political prisoners, raise awareness of human rights violations in the country, and contact municipalities to illuminate prominent buildings in white-red-white. With this gesture of solidarity, we hope to convey a clear message to Belarusian dissidents and citizens that Europe is aware of their struggle and the abuses of Lukashenka’s regime. Moreover, we invite everyone to support the victims of repression in Belarus financially through the fundraising initiative #BY_help (www.belarus97.pro/eng)

As European youth organisations, we are committed to advocating for human rights and democracy everywhere. We condemn the use of all forms of state violence against peaceful protestors by the Belarusian authorities. Arbitrary detention, prohibition of peaceful street gatherings, unlawful killings, harassment, and intimidation threaten the people of Belarus’s right to freedom of assembly. As well as supporting a peaceful democratic transition, we also call on Europe and the EU to defend the right of the citizens of Belarus to peacefully demonstrate without fear of endangerment and violence, and for all journalists to be able to document demonstrations freely, without experiencing threats, intimidation, or violence.

In this context, we urge the Council of the European Union to do its part and impose a fourth round of targeted sanctions against the perpetrators of electoral fraud and political violence in Belarus. The list should be extended on a regular basis, encompassing gradually not only top officials and companies but also medium-level civil servants, prosecutors, judges and security personnel, in order to make everyday repressions costly for them. We also urge the Council to abandon its irrational attachment to unanimity and make the newly-adopted global human rights sanctions regime (“EU Magnitsky Law”) qualified-majority based.

At the same time, we welcome the €24 million “EU4Belarus” package announced by the European Commission in December 2020, acknowledging that the support for youth, civil society and independent media are among its priorities. We look forward to seeing this initiative fully implemented and ideally expanded in the future, inviting the Commission and the EEAS to involve European civil society organisations directly in assisting their Belarusian counterparts. In parallel, the EU should remain politically committed to supporting a peaceful democratic transition in Belarus based on the respect for human rights, the rule of law and international law.

Fighting for freedom and democracy, Belarusians stand for what we consider as given in many parts of Europe. However, neither democracies nor dictatorships should be taken for granted – the first should be protected and the latter challenged at every opportunity.

This is why on 7th February and beyond, we #StandWithBelarus!

The Young European Federalists (JEF Europe) is a non-partisan youth NGO with 10,000 members active in over 30 countries. The organisation strives towards a federal Europe based on the principles of democracy and subsidiarity as well as respect for human rights.

The Federation of Young European Greens (FYEG) is the European umbrella organisation for 36 Young Green organisations from all over the continent, comprising local ecological groups, student unions, youth wings of Green parties and Green Youth NGOs. In addition, we are also the independent, official youth wing of the European Green Party (EGP).

Young European Socialists YES – formerly ECOSY – is the biggest party political youth organization in Europe. We unite the youth of socialist, social democratic and labour movements all over the continent to campaign and organise at the European level and to provide a forum for debate, advocacy, capacity-building and exchange for all European young socialist activists.

The Young Democrats for Europe (YDE) is a political youth organisation advocating for centrist, democratic and humanist values across Europe. As the independent official youth chapter of the European Democratic Party, we are present in 12 countries representing 13 member organisations in Europe.

The Youth of the European People’s Party (YEPP) is a centre-right youth political party comprised of 63 member organisations from 39 countries all over Europe. YEPP strives to ensure active youth participation within EU institutions, as well as prepare younger generations with the necessary skillset to lead not only tomorrow’s Europe, but today’s.

The International Federation of Liberal Youth (IFLRY) is a federation of liberal youth organizations from all around the world. With more than 70 member organizations, our aim is to promote liberalism and globalise freedom!

Similar reads
30 / Jun.
Statement of the Belarusian National Youth Council of the “RADA”

In connection with brutal politically motivated detentions of participants of peaceful assemblies in Belarus.

RADA will talk about the situation with the rights of young people in Belarus.

This year "RADA" initiates the adoption of a new document "Resolution on the abolition of the death penalty in Belarus".

16 / Nov.
Youth policy in Europe not delivering for young people

The European Youth Forum has published an in-depth report, based on analysis from youth organisations all over Europe, which sheds bleak light on the state of youth policy in Europe. Youth policy is not yet fulfilling its potential to address the huge issues that young people face, such as unemployment and social marginalisation.