Students in Belarus stand up against repression

As two students at universities in Sweden and Denmark, less than 1600 km from Minsk, we – the writers – learn that the freedom of speech is a fundamental pillar in a democratic society. This is often taken for granted. The alarming situation in Belarus reminds us of the importance of standing up for this right. Today in Belarus, student voices are repressed and silenced for demanding such rights.

On 5 November 2020, a peaceful rally of solidarity by students at Minsk State Linguistic University in Belarus for the ongoing protests against President Alexander Lukashenko was haltered by security forces. Who called the police? The University’s own deans. 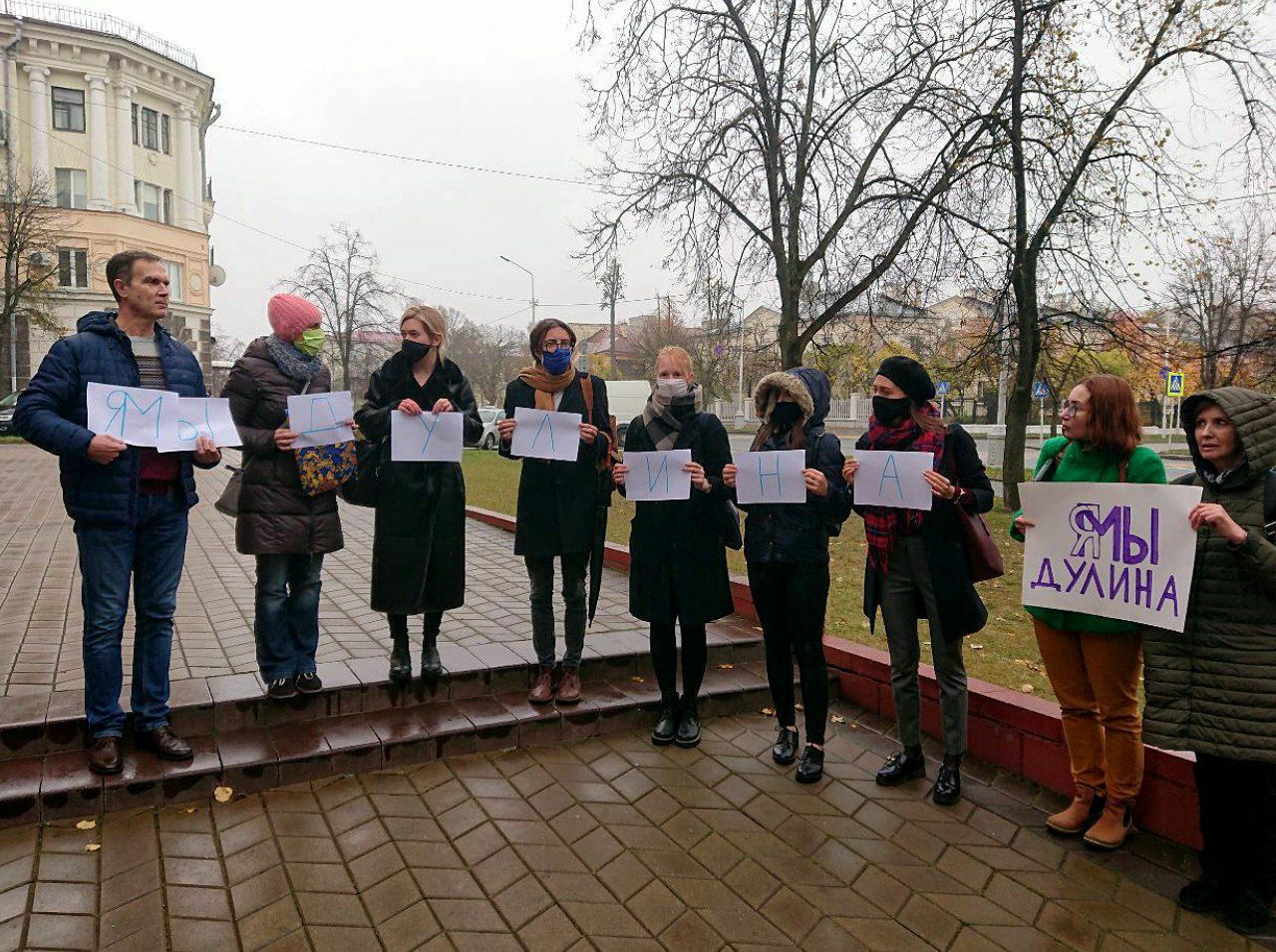 The event at Minsk State Linguistic University shows how students are threatened and repressed by their own institutions. The repressions against democratically-minded students are severe at Belarusian universities during the ongoing protests that have followed the disputed election on 9 August 2020. These range from arrests, administrative detentions and criminal charges to expulsions from the universities. Since September, 138 students have been expelled, and 15 lecturers have been fired. The fear of democratic change within the universities has existed since before the election: “After making statements about freedom and democracy in Belarus, I lost my job at the University”, says Lavon Marozau, International Secretary of Belarusian National Youth Council “RADA”, and a former University lecturer.

32-year old Lavon lost his job back in 2016 when he spoke to his students about taboo issues such as the continuous use of death penalty in Belarus. After this, he was faced with accusations of fictional violations from the administration of the University and later fired. He now works full time for RADA, alongside his other mission as Expert on Youth Right in European Youth Forum.

Young people have been deprived of their right to freedom of expression for years. In 2006, restrictions on freedom of association imposed by the government forced RADA, the organisation Lavon represents, to operate underground, just like many other youth organisations oppressed by the state. Universities should be a place for youth to shape new ideas and enhance democratic change. Instead, the country demonstrates going in the total opposite direction.

The development shows no sign to cease, but rather to escalate. Because of the severe university expulsions, students are facing the risk of ending a university career in progress. Consequently, this would also silence critical voices within the Belarusian educational system. However, Belarusian youth are conscious of their critical role of governing the country in the future as professionals in their field: “Young people are well aware of this [their future role of governing the country, editors note] and are not ready to put up with the policy of violence and hatred that we have seen for the last three months in Belarus”, says Lavon.

“It would be great if the whole world’s democratic academic community showed that it is in solidarity with Belarusian students and teachers”, says Lavon and urges, “we need to stop all relationships and projects with Belarusian universities until the violence and terror in the universities stops”. This calls for Lund University and Roskilde University to take a stand in the question and show solidarity with the student movement that is under an alarming repression.

Despite security force’s attempts to silence critical opinions in Belarus, youth voices grow louder and denser each day. Their expression of solidarity for the protests stays colorful against the grey walls of the old institutions: “Now we see how teachers and students stand together and fight for their freedom! I am sure they will win”, says Lavon.

More on the topic

“That equates to the end of civil society in Belarus”