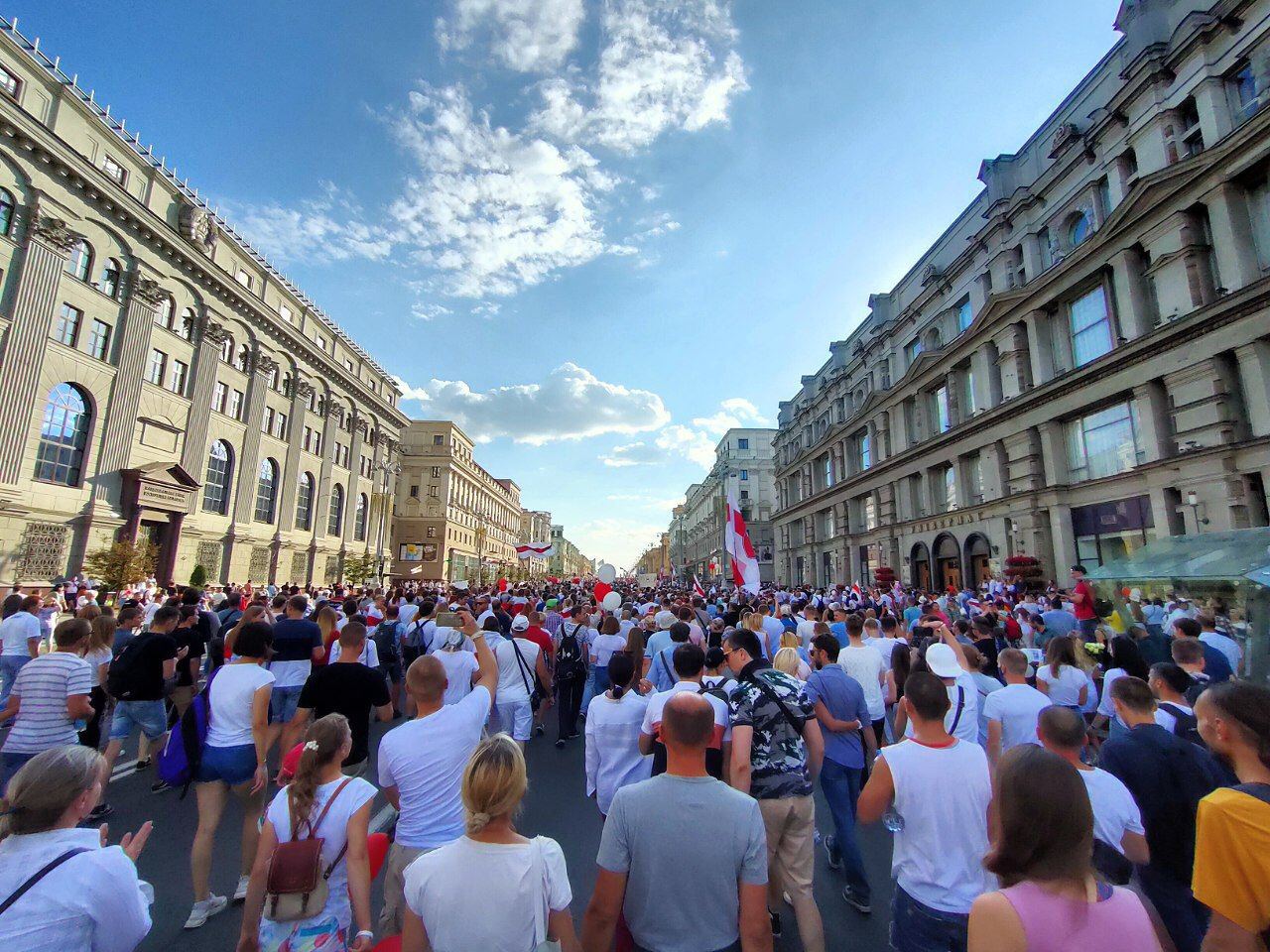 Sunday the 9th of August, the Belarusian people headed to the polling stations.

With the main opposition candidates being impeded from running for the election as well as 1500 protesters detained during the campaigning process, the victory of Europe’s “last dictator” Lukashenka came as no surprise. As the observateurs intented to monitor the election by the Parliamentary Assembly of the Council of Europe was cancelled, the fairness of the Belarusian election could be legitimately doubted before it even were held.

What had been anticipated was also realized. After Lukashenka had declared himself President of Belarus for yet another term, peaceful protests erupted. The bloody protests the following week have sacrificed several lives of the Belarusian people fighting for democracy and forced the main opposition candidate, Svetlana Tichanovskaya, to flee the country and seek shelter in Lithuania.

The voices for democracy in Belarus are strong. But they need allies.

When the Foreign Ministers of the European Union assembled for its extraordinary meeting on Friday on the 14th of August to discuss the situation in Belarus, it agreed on sanctions linked to last weeks development amid the Belarusian election. This is welcome, however not enough.

The democratic crackdown reaches beyond the election, affecting the Belarusian civil societie’s ability to carry out their everyday work and for the Belarusians to make use of their civil and political rights. We, the organised youth of Sweden and Belarus, therefore call on the foreign ministers of EU to close up behind the Belarusian people and demands that a new election is held and stands unified with the Belarusians endeavour towards a free, fair and democratic future of Belarus.

The mechanism of not recognising elections has been used several times by EU leaders to state unsatisfactory election results carried out in different contexts. Most recently the local and regional elections in Crimea, carried out by Russia. In 2017, the EU leaders did not recognise the Venezuelan election result which, for example, led to an order that the EU Ambassador Isabel Brilhante Pedrosa was to be seen as a persona non grata. The Belarusian people wants democracy. This starts with free and fair elections.

As the main opposition candidates are either accused of economic crimes, threatened, or are pushed back, and without sufficient observations being present during the election, we demand that the leaders of the European Union not only deem the election result invalid. It must be followed by the first free and fair election in the Belarusian history, which would be a hallmark and a necessary step for a Belarus that leaves autocracy and realises the endeavour towards democracy.

As the EU has agreed to put in place sanctions, measures must be made to ensure that these are being directly linked to the long term development on the situation for democracy and human rights in Belarus. As the organised youth movement of Belarus and Sweden, we see how the undemocratic environment in Belarus is affecting the possibilities of carrying out the work of civil society actors. A future lifting of sanctions must therefore be conditioned by requirements of systematic changes in the area of civil and political rights. Only when the Belarusian government can guarantee freedom of speech, the rule of law and respect fundamental human rights to its people, the sanctions of the EU can be lifted.

The unity and solidarity that the EU leaders showed when agreeing on the economic recovery fund must now be shown with the Belarusian people. This must start with ensuring a free and fair election, but also requires long term support in the protestors endeavour towards democracy for Belarus. The support of the EU in the strive towards a Belarus no longer earning the title “the last dictatorship of Europe”, but rather “the youngest European democracy” is crucial.

"Youth Lublin Triangle: to be or not to be?"