We, the union of twenty seven democratic youth organizations of Belarus, being created with the purpose of consolidating of youth organizations and initiatives of Belarus for representation, promotion and defending common interests, exercising right to freedoms of association and other constitutional rights, represented by the Governing Body – the Board of “RADA”, make the following statement: 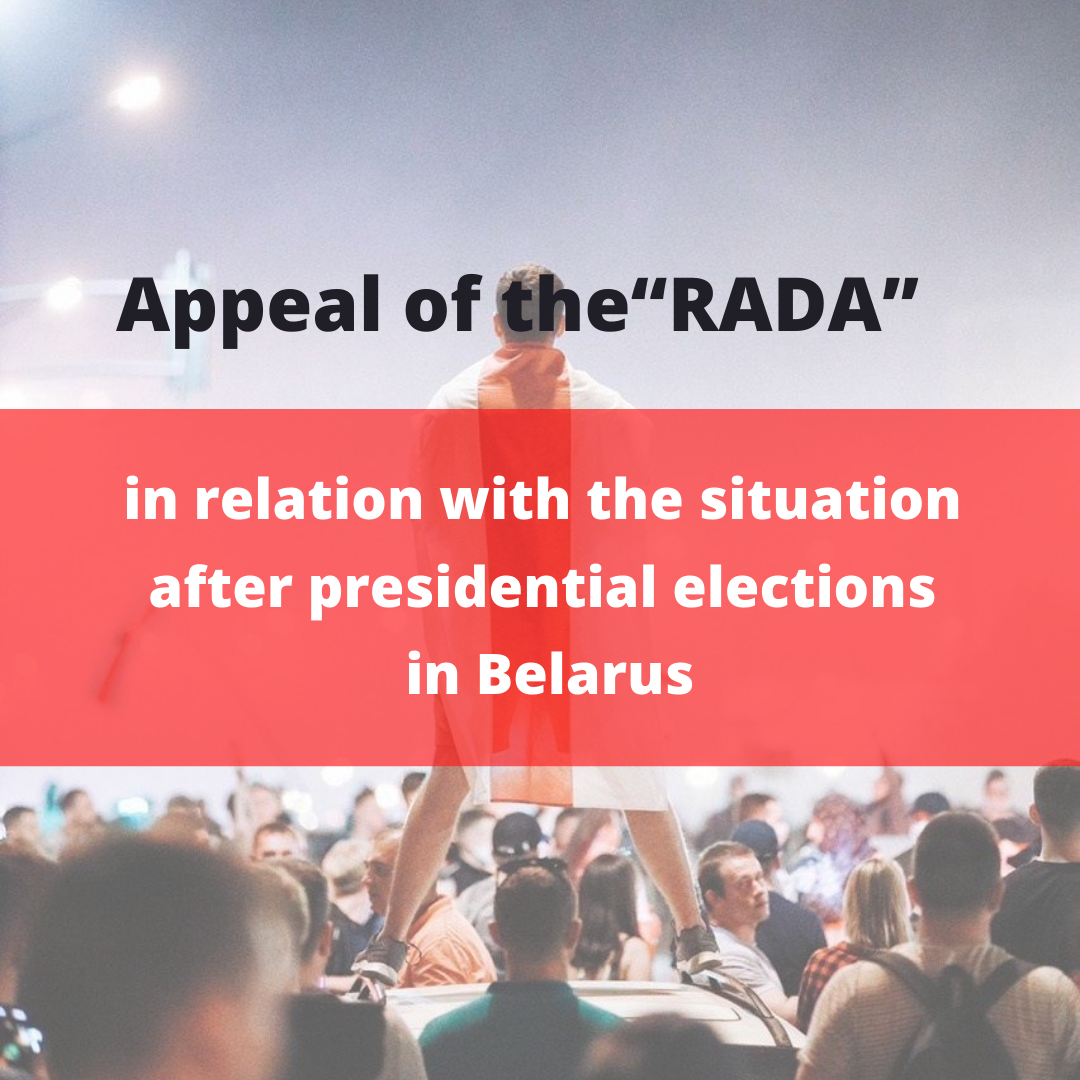 We are sure that the real manipulators and liars are in Belarus, and not abroad, as Lukashenka is trying to convince us. He deceives all of us – people, officials, police. Not always doing it himself: we see participation of state channels and newspapers, to which other parties from administrations and committees transfer scripts of reports and video recordings in order to tarnish the reputation of people they dislike. And when it is not possible to fabricate a case, then blackmail and kidnapping are used. We, the people of the Republic of Belarus, will no longer tolerate such lawlessness.

For a long time, we – the people of Belarus – were deprived of the right and opportunity to peacefully and publicly express our opinion AT ANY TIME AND FOR ANY REASON, without fear of being detained, receiving fines or injury. Now we have taken to the streets, because our votes in the presidential elections were stolen, and the voting results were rigged by a group of persons in a preliminary collusion. Therefore, we do not recognize the results of these elections and express distrust to the Cental Election Committee.

We also took to the streets to protest the president’s criminal and disrespectful words and actions towards the people, especially during the ongoing coronavirus pandemic. We are on the streets because of his personal ignorance and all those who work to preserve his power through provocations, blackmail, trumped-up charges and criminal cases, pre-written protocols of election commissions.

However, seeing the people’s indignation, Lukashenka’s manipulators decided to unleash a civil war, leaving employees of the internal affairs bodies and other power structures against their own people, hoping to crush public discontent. But a few days later, the police understand that they were deceived – on the streets not “drug addicts paid from abroad”, but people who demand justice, respect for the rights and equality of all before the law, and the personal responsibility of law enforcement officers and their trials are already close.

We are the people of the Republic of Belarus, and the people cannot lose in the elections!

Similar reads
11 / Jun.
10 years of the Coalition of Strategic Partners

The Coalition of Strategic Partners gathered in Minsk on June 9-10th.

15 / Sep.
How Mikhail Klochkov was tried?

We call to stop the pressure on students as well as peaceful protesters!