Young people and women are an integral part of the movement against the fraudulent presidential elections in Belarus. Despite increasing repression, the protests have been going on for over 50 days. IJAB spoke to Sabina Aliyeva from the EHU Students Union. She says: “50 days are not our limit. We will win.” 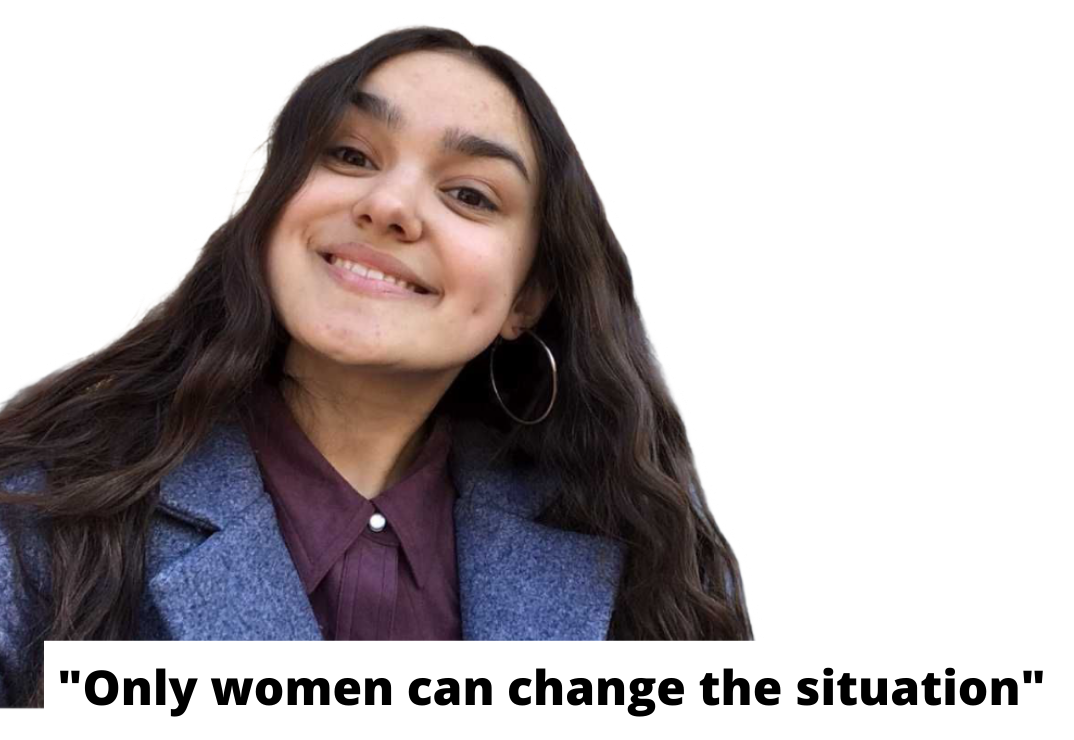 ijab.de: Sabina, you are President of the EHU Students Union. What exactly is your organization doing?

Sabina Aliyeva: We represent the rights of students, for example towards university administrations. We are a Belarusian organization, but we are based in Vilnius, Lithuania. Our members are mainly Belarusians studying in Lithuania. To be more effective, we cooperate with many other NGOs.

At the moment we are of course very busy with the protests in Belarus and their consequences. We show solidarity with the prisoners. We take care of students who have been expelled from universities because they have shown sympathy for the opposition. We do public relations work and try to arouse interest in the media for what is happening in Belarus.
The fact that we are based in Lithuania helps us to get the Lithuanian government to take a clear position and recognize Svetlana Tichanovskaya as our legitimate president.

ijab.de: In Belarus, at the beginning of the semester, students went on strike. Are the strikes still going on?

Sabina Aliyeva: Yes, they do and many students continue to protest on the streets. We are also very active in Vilnius. Most of the students support the opposition. This also has to do with the fact that the Belarusian students gain experience here of what life is like in a free country and what a normal life is actually. They then realize that the situation in Belarus is unfree and abnormal. 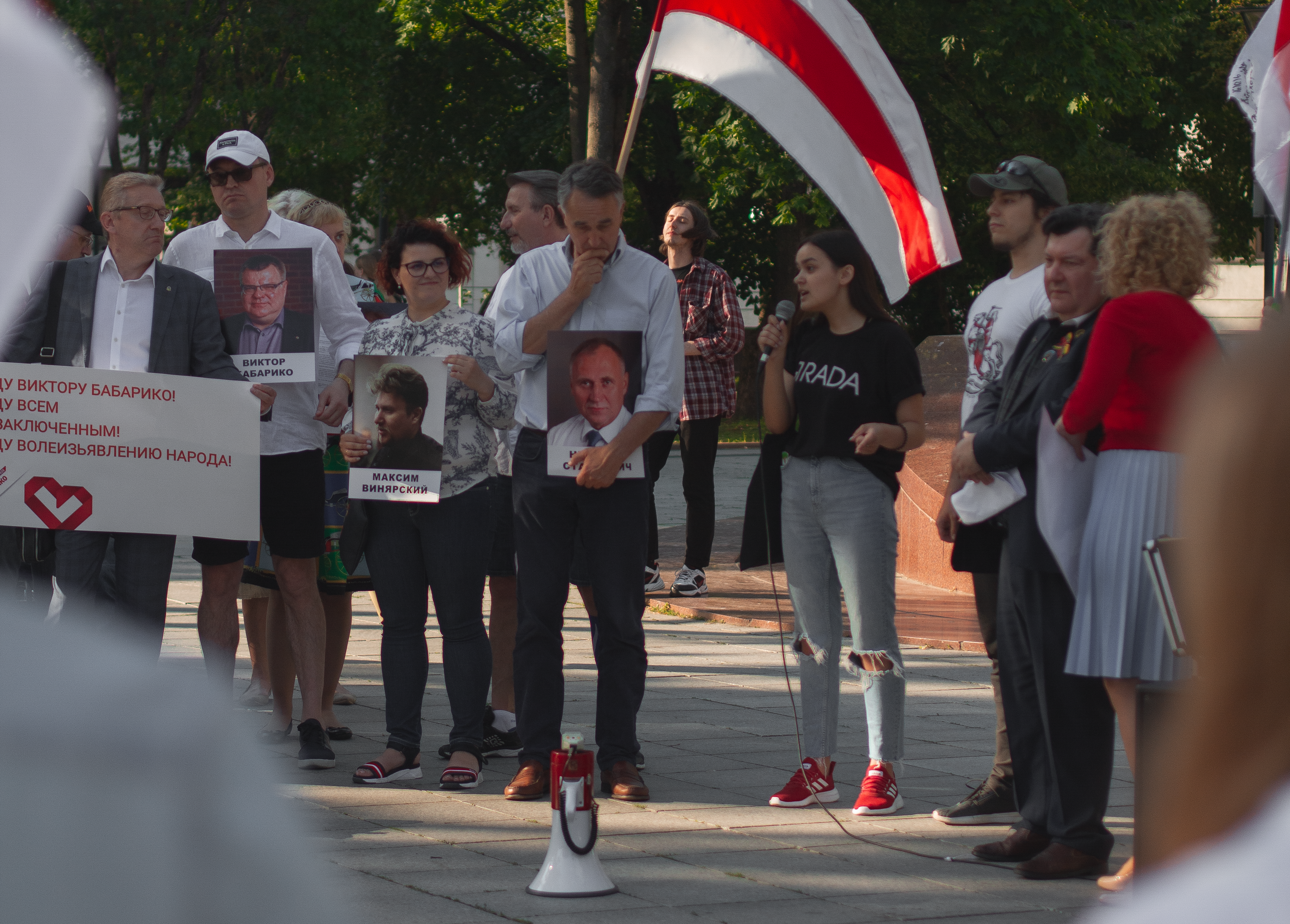 ijab.de: How do you think things will go from here? The protests have now lasted for over 50 days and the government is responding with increasing repression. How long can you hold out?

Sabina Aliyeva: We will win. People are not ready to put up with Lukashenko for another four or five years. What distinguishes the current protests from previous ones is that they are supported by the entire population. In the past only young people were on the street, now it is all age groups. The workers support the opposition with strikes and demonstrations. We have the support of many governments, the Belarusian diaspora supports us. Because we have this broad approval, I am very optimistic. 50 days are not our limit. In three to four months we will have our freedom.

ijab.de: What could the role of student organizations be in a democratic Belarus?

Sabina Aliyeva: Belarus has had NGOs for many years, but the government has always suppressed them. There are of course the official student organizations, but they do little. They limit themselves to accepting money from the government and promoting Lukashenko. I hope independent student organizations will play a more active role in the future. For example, we want to be concerned with the quality of our courses and our teachers should also be more free in what they teach. Then more young people will stay in Belarus. I haven’t left my country either because I don’t like it there. I am in Lithuania because I can live freely there. I would rather like to live in a free Belarus.
We have long seen the passion of young people to change something. With the election fraud of August 9th, the last one woke up – the whole country woke up. Now we have the chance to change something.

ijab.de: Let’s talk about the role of women in the protests. Their presence is remarkable.

Sabina Aliyeva: Yes, the revolution is led by women – even if Svetlana Tichanovskaya was forced into exile and Maria Kolesnikova is imprisoned. The fact that women took to the streets was crucial for the protest movement, because only women can change the situation. At first it happened because it was mostly men who were arrested and beaten up after the fraudulent election of August 9th. The women stood protectively in front of the men. We women are now being ill-treated and arrested as well. Nevertheless, every Saturday we have a women’s march in which tens of thousands take part – women with beautiful dresses in the white, red and white national colors and with flowers. The pictures of it have gone around the world.

ijab.de: Lukashenko told a lot of nonsense during the election campaign. The heavy burden of presidential office could only be carried by a man and the Belarusian constitution was not written for women, he said.

Sabina Aliyeva: Yes, and that turned out to be a serious mistake, because it turned women against him. We have realized that it is not just about an election, but also about our role in society. Lukashenko tolerated Svetlana Tichanovskaya’s candidacy because he thought that he would definitely win against a woman. He was wrong.
Today many people say that Belarusian women are braver and stronger than men. One of our most famous athletes, basketball player Elena Levchenko, was arrested on Tuesday and sentenced to prison for “participating in an unauthorized mass demonstration”. The women demonstrated in front of the prison and in front of the court. We don’t let ourselves be intimidated, we stand together. Our strength grows every day. 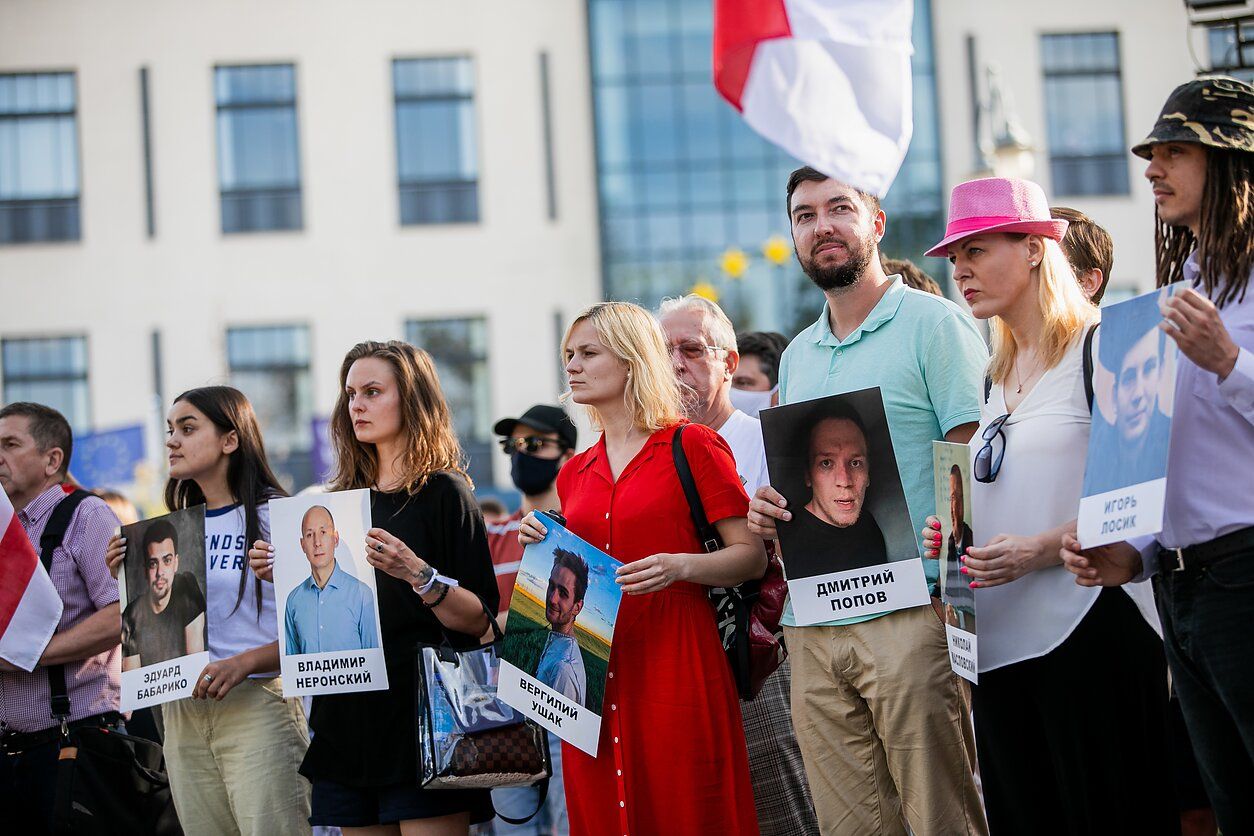 26 / Aug.
“Young people want to be able to decide for themselves”

Many young people take part in demonstrations in Belarus. What are their prospects and how can they be supported?